that may be useful for other makers?

From the end of the 18-th century, fingerboards of solid ebony has been used. Until then, use of ebony was usually limited to a thin veneer on lighter and less expensive wood.
I'll explain how I make a baroque violin fingerboard:

A nice wood for the core of the fingerboard is spruce. I use a straight grained piece from a too fat and heavy top-material. The edges are veneered with maple: 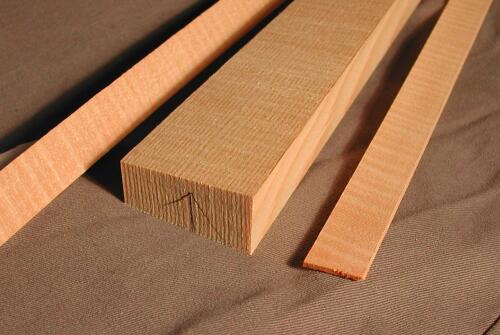 Next it is shaped like a modern fingerboard, but with a straighter curve
(Modern radius: 42mm. Baroque radius i.e.: 45mm)
A piece of ebony is shaved to about 1,5mm thickness, and shaped to the core with a little overstand at the edges: 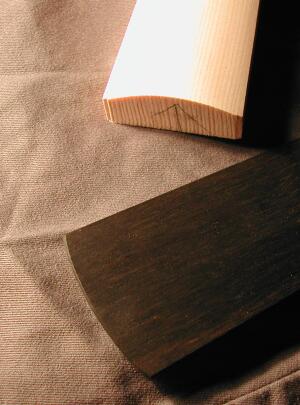 Two tricks is useful to prevent the thin ebony from cracking when fitted to the core:
- Cutting a curve at the ends
- Moistening the outer surface to make it curve itself before it is put onto the core. 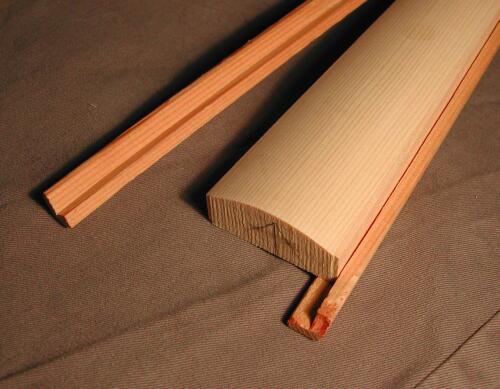 Moisten the veneer on the outside, and maybe dry it on the underside with a spirit lamp. Give it some time to curve.
With a suitable cord, the veneer can now (with a little luck/practice) be lashed to the core: 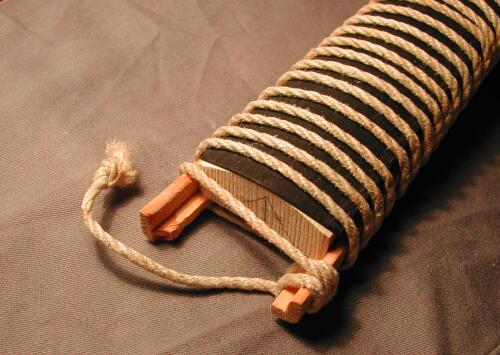 Before taking off the rope, the veneer must dry overnight. It will then have a curved shape that makes the rest of the work possible.

Hide-glue should be used, but it gels before it is possible to lash the veneer to the core, so a special procedure should be employed:
Apply the glue to the core. It may be allowed to gel, but not to dry. Then put the veneer onto the tacky glue, and lash with the rope a few turns at the nut-end. Then that end of the fingerboard should be held over boiling water, to make the glue melt. Then lash some more turns, and repeat.

When dried, the fingerboard is given the correct shape and fitted to the neck. The ebony surface should not need more than some rubbing and polishing.